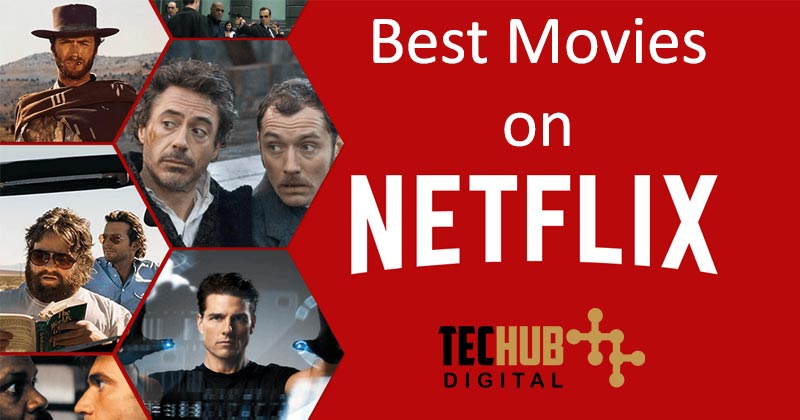 Netflix is a great source of entertainment right now. But it is addictive as well because it has a lot of contents which can leave you awestruck. You should check out some good movies on Netflix if you want to spend time watching quality contents. Here we have given a list of 5 best movies on Netflix which you can watch right now.

This is a famous movie released in 2019 starring Scarlett Johansson and Adam Driver in the lead roles state the confusion of a marriage. Basically in the movie, the to lead roles are stating about how much they love each other but after some time, they realise that they are not compatible enough to continue their marriage. This movie has received a 95% rating from rotten tomatoes. So you can be sure that it will be a great watch for you.

2. Indiana Jones and the raiders of the lost ark

It was the first movie of Indiana Jones series released in 1981 but still quite charming among the people. The major character Indiana Jones played by Harrison ford starts to explore ancient ruins and unique places for the sake of science and then get into several troubles. It is a must-watch movie for the people who like to see some science-based contents. If that reason is not enough then you should also know that rotten tomatoes have given this 95% rating.

It is a 1968 classic movie starring Mia Farrow and John Cassevetes as the lead actors. This movie is based on the world-famous horror best seller of the same name written by Ira Levin. It is about the ruined house in New York City which started travelling the couple coming there to stay. It has a 97% rating from rotten tomatoes and if you want a spine chilling horror film to watch then this is the perfect fit for you.

This 2007 movie is the story office zodiac serial killer who created havoc in San Francisco in 70s and 80s. Now 3 friends want to who invent the criminal by the mere hints given by him. The major characters played by Robert Downey Junior, Jake Gyllenhaal and Mark Ruffalo acted impeccably in this movie which received a lot of attention from the Weavers as well as critics. This movie has an 89% rating in rotten tomatoes and must watch for the people who like crime suspense thrillers.

This movie released in 2019 and stole the heart of so many movie lovers. The film shows the underworld activity in the new age buy awesome acting of Al Pacino and Joe Pesci in the lead roles. This movie is a critically acclaimed one and so many people loved it by the storytelling of it as well as the detailed facts regarding gangster activities. This movie received a rating of 89% from rotten tomatoes and that is quite enough to watch it at least once in a lifetime.

So these were the 5 best movies on Netflix you should watch to get the real flavour of classic movies and also to use the Netflix subscription properly.