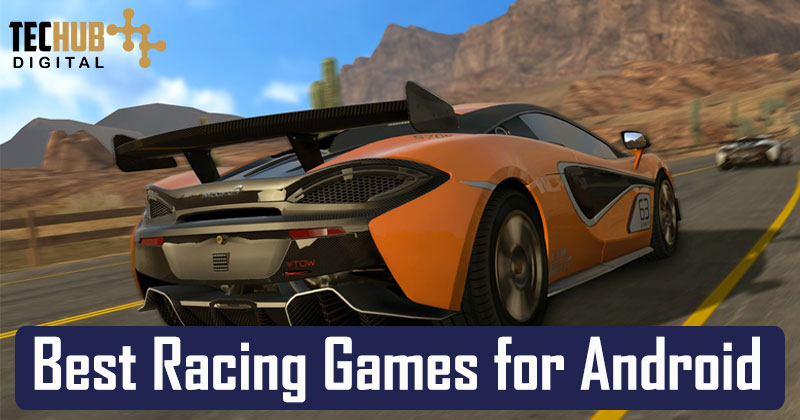 Best Racing Games For Android in 2022

Why Racing Games and Which Ones?

As a serious gamer, I used to look down with a lot of snobbery on smartphone gamers. I didn’t think most popular formats could translate well onto a handheld device. And I still stand by that decision when it comes to first-person shooters, MMOs, RPGs, and turn-based strategy games. However, the one exception, in my opinion, are best car racing games.

While that may not seem like a big deal in today’s high-tech smartphone arena, back then it was ahead of its time. In the ‘noughties, things were very different. Not everyone had Spectrum TV choice channels.  Much to my surprise, I found the best racing games android to be far more intuitive than I expected. Especially compared to those you play on Xbox, PlayStation, or even PC. Sure, you can’t expect the graphics detail to be anywhere near PC-level, but some games may just surprise you. In fact, why don’t I just give you a list of the best racing games for Android? My top 3 are:

What makes these games so great? Read on to find out more.

The Asphalt series has been going strong for almost a decade. Asphalt 9 is the latest in a series of games that have gained pedigree, respect, and a dedicated following in the world of Android. Asphalt 9 does not hold back when it comes to gameplay. There is no teasing, no drawn-out tutorials. You get right in the middle of a high-octane fueled, fast-paced, over-the-top experience.

You can either work your way through the career mode or if you don’t mind paying some cash, you can buy your way up. As you progress, you unlock new cars, upgrades, and more. Players take on each other in eight wild and crazy races online.

If this is your first racing game for Android, I would recommend starting out with Touch to Play mode. This makes it easier for you to focus on shifting gears and changing lanes. Once you get the hang of it, you can shift to my preference: tilt-steering. The game comes with an adrenaline-pumping soundtrack and is packed with excellent graphics to boot. A must try if you’re on the hunt for the best racing games for Android.

If you are into drag racing, then CSR Racing may be just the game for you. The game is straightforward, clean-cut, and easy to play. The game does not involve a steering element, so you just have to focus on making the perfect gearshifts. Luckily, indicators on the HUD light up, letting you know the optimum time to shift to a higher hear.

The game allows you to upgrade and modify your ride based on the winnings you earn from each victory. People who don’t mind spending a few dollars can buy premium currency in the app and buy higher-end cars. Standard currency allows you to buy decent cars, but not as good as the high-end ones. You can modify parts like your ride’s body, air intake, engine, and gearbox using the standard currency. The game has a very flat learning curve, meaning you’ll quickly get the hang of it after your first few races.

If you are a true gear head, then you will definitely appreciate Real Racing 3. It is one of the best car racing games I’ve ever played on a smartphone. It is as real as it gets. The game has the licensed use of actual car brands and actual racetracks. One of the best things about this game is its asynchronous multiplayer mode. The game records your friend’s lap times and allows you to try and beat it while racing against a bot. Ramming or blocking the bot affects their time.

The game also has an intense career mode. As you play and progress, you earn faster and better cars, as well as unlocking upgrades. An interesting feature that can cost you money is the damage your car takes during a race. The more damaged it is, the more you have to pay to repair it. If it gets too damaged, you may not be able to finish the race. This means you have to drive both fast and carefully. This makes it one of the best racing games for Android in my list.

Have fun playing against your friends, or against yourself in single-player mode. Do you have different picks for the three best racing games for Android? Let us know in the comments below. But do give our list a test drive. Good luck!