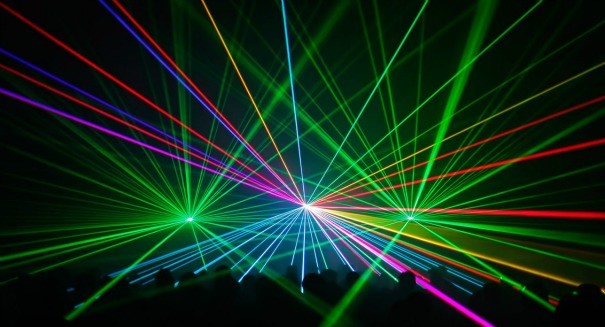 There are many forms of lasers available for many uses. It is used in industries which include research processes, in medical procedures, as well as commercially. Scientifically speaking laser stands for light amplification by stimulated emission of radiation. It produces highly directional light through a process called stimulated emission— thus said in the full version of the word “laser”—emitting radiation which increases the intensity of light.

A laser differs from a conventional lighting source because of its four characteristics: coherence, directionality, monochromacity, and high intensity. In its inception, lasers were used in a product scanner, but today, the laser technology has expanded its reach from hospitals to battlefields, to electronics, to factories, to stadiums. Different companies like Rasha professional, Philips, and many others produce light with vibrant colors to be used in stadiums and concerts. This article is going to discuss the different types and uses of the lasers.

The uses of lasers in different industries

Nowadays, lasers are widely used in medicine. Surgeons use it for surgical treatments, vision treatment, and kidney stone removal. Apart from that, it is also used in performing dental procedures and for skin treatments including hair and tattoo removal. Whereas in electronics it is used in printing, holograms and barcode scanning.

Industrially, lasers play an excellent role in cutting, welding, and heating materials. In other words, it can be said that engineers and scientists have persevered a way to use the lasers to accomplish productive and useful tasks.

Apart from all these uses, laser lights are now used in big stadiums for concerts and light shows. There are many different companies like Rasha professional, laser net and others source the lights for shows and concerts.

There are five different types of lasers used for various purposes.

Solid state laser is a type of laser using a solid material as a laser medium. It uses glass or crystalline material like ruby are used as a medium for these lasers.

Gas lasers use gases like helium and helium-neon as a medium to produce infrared laser light. Other than that a carbon dioxide laser emits energy in the far-infrared light and is widely used to cut hard materials.

The liquid laser uses the liquid as a laser medium. It uses organic dyes like Rhodamine 6G in liquid solution or suspension as the lasing medium.

Semiconductor laser also called double diode lasers are not like solid state lasers. In this type, the energy is used as a pumped source. They are widely used in laser printers.