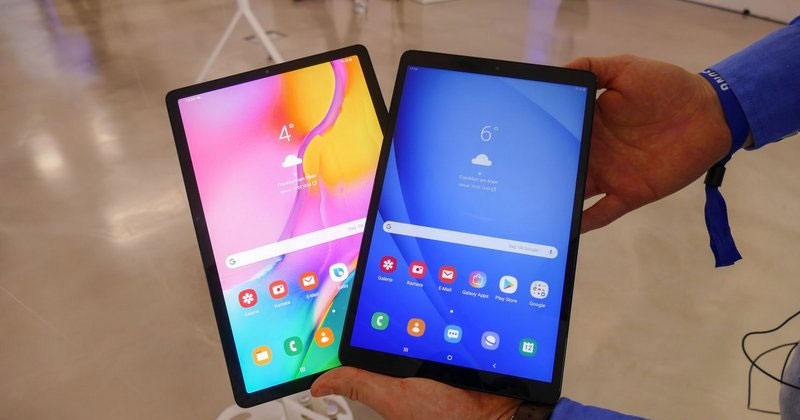 Samsung is one of the few firms on Android able to create tablets at the height of Apple’s iPad, and the Samsung Galaxy Tab S4 is the latest evidence of this. The most recent leaks suggest that the South Korean giant will continue to bet on this format in 2019 and that the terminology “e” coined for the most basic version of S10 will apply, at least, to its new family of tablets.

One of the successors of the Samsung Galaxy Tab S4, if the information is fulfilled, would be the Samsung Galaxy Tab S5e, a device with a design similar to that of the iPad Pro 2018, and quite far from what we found the last generation with its predecessor. Evan Blass has been commissioned to shed some light on this possible new product, which would arrive sometime in 2019.

This would be the Samsung Galaxy Tab S5e

Evan Blass, also known as EvLeaks, has revealed on his Twitter profile what the design of the Samsung Galaxy Tab S5e would look like. As usual with any leak, you have to walk with feet of lead, since the information may not be definitive. However, and taking into account the rate of success of Evan, there are high chances that the Samsung Galaxy S5e end up having this design. The front would be similar to what we found in a Samsung Galaxy Tab S4, with a pretty used panel, and predictable AMOLED technology. The back, however, is entirely away from the classic design of the Tab S4, approaching dangerously to the plan offered by Apple with its iPad Pro.

In two different shades of gray, the Tab S5e would place its main camera on the side of its corner, leaving aside the central location seen in the previous generation. The filtration shows a minimal thickness, which would make the tablet a very portable and compact device.

Without further news about the hardware of this device, we are waiting for Samsung to confirm the existence of the Galaxy Tab S5e, a possible contender for the best Android tablets in 2019.

Samsung updates its well-known ringtone: this is how “Over the Horizon” sounds in 2019

Over The Horizon, Samsung’s favorite tone has been re-versioned to accompany the launch of the Samsung Galaxy S10 on Wednesday, February 20, when we finally meet the new South Korean flagship. In this opportunity, and taking into consideration that we are facing the tenth anniversary of the Galaxy S family, the performance has been under the baton of great artists, who have unified their efforts to shoot a video inspired by the sound of the seas and oceans.

The official music of the Galaxy S family has been reinvented throughout this decade in a variety of musical genres: from rock, new age and jazz fusion -among others. For example, last year, Samsung delegated the composition to Jacob Collier, a Grammy Award-winning musician, betting on a mix of jazz, pop, and dance. And that, of course, had its corresponding video.

This is how Over the Horizon sounds, the new version of the official music of the Samsung Galaxy S10.

The new version of the ringtone from Samsung’s flagship terminal has sought inspiration in the majesty and beauty of the oceans, as highlighted by the company in an official publication of its blog. There, he mentions that the production of the new video of the song has been under the tutelage of two great directors: the acclaimed filmmakers of nature James Brickell and Simon Enderby , who filmed the movements of the famous conservationist and diver Ai Futaki (winner of a Guinness world record) under the waters of the island of Sipadan in Malaysia.

In terms of musical composition, it was composed by the Academy Award-winning composer Steven Price and performed by the London Philharmonic Orchestra at the famous and acclaimed Abbey Road studios in London (England). The result: an excellent piece that combines synthesizers, string instruments and wind-wood with the beautiful images of marine life. In six days, we will attend one of the most anticipated launch events of the year, in the prelude to MWC 2019 in Barcelona.

Remember that Samsung has promised to present -with the Samsung Galaxy S10- a genuinely disruptive smartphone within its high-end family , so we will all be expectant on the stage of the Bill Graham Civic Auditorium when at 11:00 am local (20: 00 Spanish time) we have our first contact with one of the most anticipated mobile phones of the year.