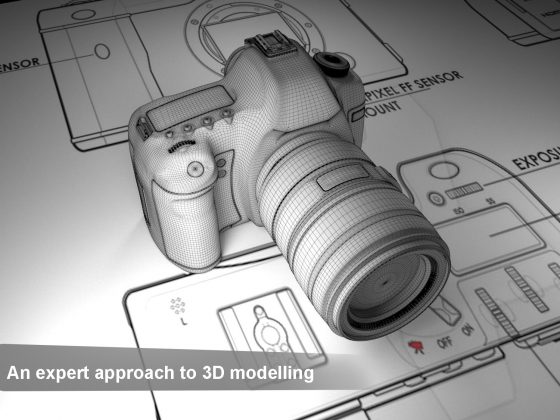 A good appeal is the must for a 3D modelled character.  Most important is the appearance of a 3D character, cuteness, attraction or opposing uncivilized and scary all depends on the role the character may play. Similar to the appearance the background should go with the appearance such as beautiful backdrop and appealing objects, threatening and dark, once again what the scene is to translate to the audiences.

Since 3D modelling and custom 3d modeling service are playing a major role in the entertainment and advertisement sector, with every advancement the traditional 3D modeling have changed dramatically. From the past two decades the 3D modeling has travelled a long journey. For many individuals the cognizance was initiated with the animated 3D characters in films

Now 3D modeling has become a profession and lengthens to diverse spheres, either games, films, broadcast, advertisement, marketing, and so many. As we know with majority of occupations there are multiple options once can have to get any job done, yet not with one tool so I have a whole collection of expert’s opinion to get your hands on for 3D modeling

Having a clear understanding of the real life characters is the basic need of any 3D modeler. Since a 3D modeler is a full-fledged artist. And it’s completely logical that an image goes from the basic sketches to a complete 3D model so it’s recommended to draw the imaginary characters’ sketch very first. Majority of the concept artists make drawing of several images that reveals a character from multiple outlooks and dimensions

If you are modeling a cat and you don’t have the clear understanding that how the skeletal of the cat functions or how the legs lift, then the whole character will be a jerk. Learn about how the skeletal functions in coordination, observe the muscular attachments to the bones and how they respond to certain movements

Go deep down the organic drawing or study the natural structures

Once you come to know the significance of understanding the natural structures and functions, in high gear is to get some expertise. Start with searching around the internet for the reference material and read a handful of books explaining the anatomy with pictures. Observe each muscle structure and comprehend that how it functions and coordinates with the bones and joints.

To proceed and excel and really become a professional you can take life arts training. Once you are trained to observe with an eagle eye and you get acknowledged of the structural movement you will immediately take your modeling and carving skills to the next level

Ponder over the shape and the dimensions

The biggest mistakes often modelers do is to make detailing all at once while the form and volume in some parts still needs to be perfected. Either you are taking help from the box modeling or sculpt modeling, the basic thing you must perfect is the basic shape of the figure you are creating. If you are able to perfectly draw the outlines then unvaryingly the dimensions will be correct;

For instance; if you were to fashion a leg that is approximately two cylinders, there rests more mass in the thighs and calves than in the ankle. The whole symmetry must need to be perfect from every dimension. If you work on detailing in the structure at this point it can be challenging to achieve an overall shape

Curved edges and decent physiographic are the basics pillars for supports and animation. When you are getting to model your desired character, there are a handful of principles that you must learn beforehand.

While taking leverage of the portion modelling to create a character it’s significant that you have a good edge control in particular areas of the mesh.

A good control often depicts the natural structures, so this is the point where your fresh learned skills comes to rescue. The edge control is a never ending ring of 2D shapes followed by straight line throughout the model. For instance, the circular muscles around the eyes or the chest. The most crucial controls lies in the shoulder regions, around your lips and hips. This plays are major role if you are thinking to gear up the model for animation. Underprivileged models are hard to gear up for animation and loose shape

Surface subdivision and the arithmetic rules

Surface subdivision smooth out the webbing by parting and curving the geometries depending on the set of rules. The geometries are portion in four with curvy edges, the more you subdivision, the rounder and smoother the mesh appears.

A majority of software allow you to subdivide the webbing and the place it to the normal level and that facilitate you to have the geometry count in order while you filter the appearance and shape of the model. There are several methods to proportionate however, the set of rules are the same

The two sided, 4 sided and more than 4 sided geometry

It’s more recommended that one should try to model in 4 sided geometries, since these geometries are well handled and portioned neatly lowering the chances of mess in offered time. You can also work with triangles for particular modeling works since the game engines usually translate the mesh to triangles within little time.

Well if you are quite familiar with the quads, then you other skills such as modeling with triangles have also been improved as if we portion the quads in half it may become a triangle

Yet the best practice is to avoid geometries with more than four sides, these can threaten some systems and may cause difficulties if they are portioned. These symmetries play a major role in other 3D modelling procedures yet for the real characters more than 4 sided geometries are bugs