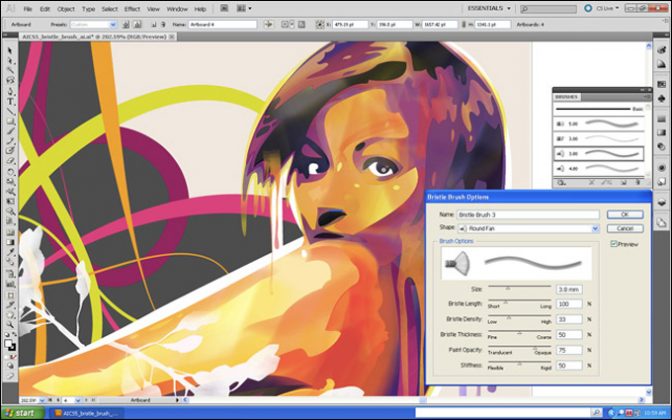 The field of design and artwork is constantly transforming to the point that illustration and various artwork forms are being rendered in a 3D format. After the emergence of the 3D printing technology, designers have begun resorting to both animated and 3D designs and that could make static visuals stay untouched after a few years.

Fashion illustration, in general, has always relied on hand-drawn art formats or static 2D drawings, however, with the occurrence of digitalization in design and illustration, several 3D-based fashion design software programs have emerged and these programs have started to be widely used. Therefore, if you have noticed an increase in people looking for fashion illustrators for hire then the time is right to turn towards 3D modeling tools and software since that is surely the future of art.

A 3D design software dedicated to the creation of 3D fashion illustration, TUKA3D is developed by TUKATECH for making apparel design, anatomical structures, and fashion modeling easier for artists and designers. Its core functionality includes scanning your design model and specifying the measurements that would be fit for it. With the full motion simulation tool, you can create a 3D simulation of your model or apparel and analyze how it would look like in motion. You can create multiple prototypes of your 3D artwork and make changes to it accordingly using TUKA3D’s extensive design tools and features.

Romans CAD can become your go-to tool if you belong to the footwear industry or it can be used for luggage and homeware designing as it works for a diverse set of 3D modeling designs for leather-based products as well. Being a cloud-based software program, it can be used to store your prototypes and you can add objects or make changes to befit your preferences. Romans CAD guarantees to provide you with the accuracy you need in designing 3D models and makes sure that designers make the most out of the communication channel in this cloud software.

Designed for making 3D fashion models and clothing designs easier, MarvelousDesigner can be used for a lot more than fashion modeling alone. From adding complex details to highly simplistic items, this software can work for any form of fashion designing. It is certain that a 2D visual or a hand-drawn sketch is not enough to convey the aesthetics and appeal of the design and that is exactly what MarvelousDesigner has removed. By bringing accessibility to fashion illustration and modeling, this can become your go-to tool for professional-level designing.

The aforementioned 3D modeling programs were solely for fashion designing but that should not let you make your work scope limited. A 3D modeling software program by Autodesk, Maya is made to render any sort of 3D model, drawing or animation you intend to create. The application of Maya began with games and movies but now fashion designers and artists are using it on a professional level. From designing your model to its attire, you can either make it a static visual or even add movement to it. The best part is that it is available on Windows, Linux and Mac OS platforms so you can use it on the OS of your choice without any issues.

Owned by Autodesk, Fusion 360 has been developed to make 3D product designing simpler. However, this does not include hardware-based products or objects as it can also be used for fashion model creation and illustration. Fusion 360 works on a cloud-based environment that lets you communicate with your design team or any other designer using this tool. Since it provides you with simpler yet effective 3D rendering tools, clothing items, shoes or any other sort of fashion accessory can be rendered in a 3D form with Fusion 360.