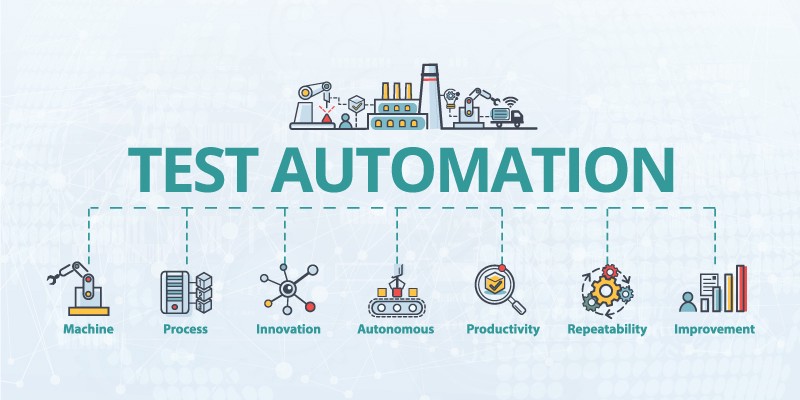 Recently the information technology industry has undergone several dynamic changes. These changes have played a major role in bringing forward various new perspectives and objectives for automation testing. All these objectives are targeted towards the new technologies that have emerged in recent years. These Technologies include SaaS applications, cloud-based services and digital e-commerce. Over the past five years, the IT industry has witnessed a rapid growth in the total number of Agile and Scrum projects. The companies have adopted a series of new test automation tools to keep themselves updated with this ever-changing industry. Many experts believe that test automation will continue to become one of the most dominating technologies in the coming years.

The basics of Automation Testing

To understand the basics of Automation Testing we need to divert our focus to the initial years of the web developing industry. During the initial years, the companies didn’t have high-end technologies and modern tools to assist them with testing purposes. The developers had to perform all the different testing processes one by one manually. For the development of web applications, they even had to repeat the testing processes for every new browser or browser version. Companies were quick to realize that they were losing a lot of resources and time with this strategy. All these factors were responsible for giving birth to test automation.

In test automation, the developers use automated test scripts to conduct all the repetitive testing processes in a web application development life cycle. Certain tests like regression testing can benefit a lot with automated testing processes. Automation Testing helps to save a lot of time for the companies that they can invest in other vital areas of the web application development project. For instance, the developers can use this extra time to innovate new features to add to the future updates of the web application. Companies can also use various test automation tools to increase the potential of their web development environment.

Mistakes that You Should Avoid While Performing Automation Testing

The tool selection process plays a critical role in utilizing the full potential of your test environment. As a developer, you cannot simply choose any random tool from the market to introduce it to your testing framework. This is because every tool is unique and is built to serve a specific purpose. The companies have to conduct an extensive tool selection process to shortlist the correct option according to their requirements. During this process, you should also consider the project requirements and your personal preferences. It is also a good idea to consider all the modern test automation Trends while selecting the tool for your test environment. Companies can also use an Agile environment to introduce both test-driven and development-driven testing processes.

While selecting a commercial test automation tool, the developers must ensure that the upfront cost and subscription charges aren’t high enough compared to the company budget. You can also check the reviews and feedback of all developers currently using the tool. One of the most effective tricks for the tool selection process is to verify that the tool has an active community of tech developers. This community will help you to resolve any issues that you may encounter while using the particular tool. The Example of Lamdatest will shed more light on this segment:

The easiest solution to this problem is the proper involvement of the quality assessment teams. The QA Teams should be properly engaged throughout the application development life cycle. This involvement will give them enough time to develop several manual test scripts that should be conducted side by side with automation testing. As a tester, you must decide whether a given automation scenario has enough features completed for the introduction of test automation. There is also a perfect time for writing the automation test scripts. This is a time when you realize that any further iteration of the application would not disrupt the testing scenario.

Being Unable to Choose the Correct Development Framework

The developers can easily solve this issue by introducing a test automation framework in their testing environment. The companies do not have to spend more than a few weeks to develop these frameworks. One thing that the developers must consider is that in certain projects they have to run various iterations before completing the testing process. Using a proper tool, the companies can also test the functioning of the development Framework during this process. It is a good idea to limit the testing processes to development and back-end tests to balance the pressure.

One of the major errors in an Agile Framework is a developer’s desire to try and automate all the test cases. As a company, you must remember that your primary focus should remain on the efficiency and quality of the test cases. To maintain these goals, it is always not a viable option to automate your test cases. This is because when you try to automate the wrong test cases, you perform useless expenditure of money and company effort. In a worst-case scenario, the company will never witness any value in the overall quality of the product.
So, the best way is to realize all the effective areas where you can introduce test automation. Many experts suggest that developers should introduce Automation Testing when a test case requires a lot of manual effort for completion. For instance, it is a good idea to introduce test automation for regression testing and redundant testing. This is because a company will lose a lot of time and money in these test cases. It is also illogical to automate test cases of an application whose visuals and UX frequently transforms. This is because the developers have to recreate the test cases for every new iteration of the application.

One of the common misconceptions related to automation testing is that it can completely replace manual testing in any environment. However, the testers need to realize that certain testing processes are almost impossible to conduct without manual intervention. For instance, no company can conduct visual testing and exploratory testing with test automation. In visual testing, the developers have to manually verify the proper placement of all the vital elements. These elements include pictures and videos. On the other hand, exploratory testing is completely dependent on the knowledge and experience of a human tester. In this form of testing, the developers have to find all the errors in the web application. These were previously undetected with automation test scripts.

The best solution to this problem is to maintain a proper balance between manual testing and automation testing. As a skilled tester, you must have the expertise to judge all the areas that you can automate and those that you can’t. You should also choose the correct test automation tools that can help you to coordinate these tests. As a developer, you must always remember that your final goal is to quickly deliver high-quality web applications to your end-users.

So, we can easily verify that test automation has a vital role in improving the future of the web application Development Industry. However, you should properly execute this advanced form of testing to utilise its full potential. The companies should also invest proper working hours to train their testers about this wonderful form of Technology. Many experts suggest that web developing companies should consider automation testing as a long-term investment. This mindset will help them to overlook the initial investment and consider the long-term benefits. Lastly, the developers should realize the importance of the tool selection process. This is one of the several stepping stones that will guarantee a successful future for the company.