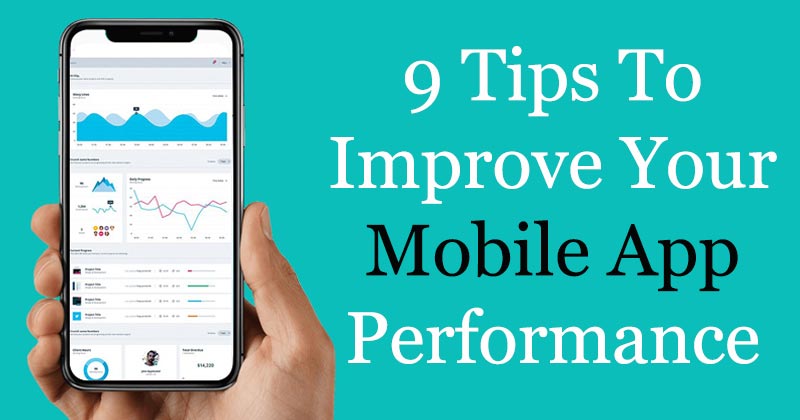 In this digital world, mobile apps are expanding and at the same time, mobile marketing is competitive too. Have a view below to get a deeper knowledge about the enhancement of the mobile app.

What do you mean by the Mobile App Performance?

Performance is one of the major for the app quality and how it behaves in various situations. It includes a list of factors such as the server, mobile device, network including the app programming. In some of the cases, a user may have a bad experience too with the app’s performance. A recent report exclaims that about fifty-five percent of the folks have the performance issues for an app.

What is the major target for the mobile app performance?

A list of surveys and the studies have been shown that a few seconds is the optimal amount of time it should take for the app and the users to be satisfied too. About forty-seven of the customers expect the web pages to load in about two seconds and about twenty expect the mobile apps to load immediately.

Whether the users are capricious?

In case if an android app development does not meet the user expectations, then there is a great chance to relinquish it which results in a great loss of the potential profit. The ratings can be a lower one which led to the decline in the subject of downloads. About seven percent of the users will write negative reviews in case if the app has errors or if there is no proper response. There will be a poor star rating too for several reasons.

There are several ways to enhance the mobile app performances which are listed below.

Caching is a major part of the computer’s memory where it stores the recently used data. It can store the web pages, images, and files etc to provide faster access while enhancing the performance and reducing the traffic on the network too.  Downloading of the external resources may take some time but makes sure to cache the images.

2. Compression and Resizing of Images

Generally, when compression of an image takes place, minimize its size in the terms of bytes without affecting its quality. There are several sites for doing the process of compression. Make sure that the images are adequately sized in a reliable manner.

When an app has to load many templates, it slows down automatically. In order to make the app a faster one, they load a fewer template just by reusing the templates. The HTTP requests are the most important one to retrieve the resources for each and every page to simplify the things for an app.

Generally, the load times are 15% slower than the actual time. The perception of the performance is always the considerable one. It is always important to provide transparent, immediate feedback and at the same time, the application waits for the response too.

5. Load Data as much as Possible

In case if the app requires the data, it is a useful one for the loading process. Splitting of the assembly helps to achieve this completely. There is no any need to wait, as the data can be loaded in before-hand.

If the network connection is lowered, where the user is also in the middle completing for an action, it is better to alert them because the action cannot be completed. The option is available to save the data for the future purpose too. Once the connection has been re-established, the activity can be continued without any interruption.

7. Testing of the Performance in the Earlier Stage

Yes, the apps should undergo a series of tests in order to ensure that the work intended one. It also should be compatible across the devices and the network too. The rigorous testing should be done based on the performance and also it should be monitored. The greater confusion for the developers is that when to start the testing process. It is totally a cost saver, where the performance issues are easy to fix.

8. Use the Perfect tool for Performance Tuning

There is a list of tools in the digital market in order to execute the mobile performance tests. Monkop is a one which runs a greater performance analysis and it includes the resource consumption such as the CPU, memory, data transfer and the database etc.

Application Performance Monitoring is nothing but the management of the software applications. It helps to detect the deeper level application performance in order to maintain a higher level service. There are major two sets of performance metrics such as the average lead times and also the computational resources.

In a short summary

The mobile app performance affects a list of factors such as the retention rate, rating, conversion and a huge number of downloads etc. In order to create a higher quality app, it exceeds the user performance expectations.

Tips for Content Writing | How to Do Keyword Research | Google Web Dev: New Tool For SEO