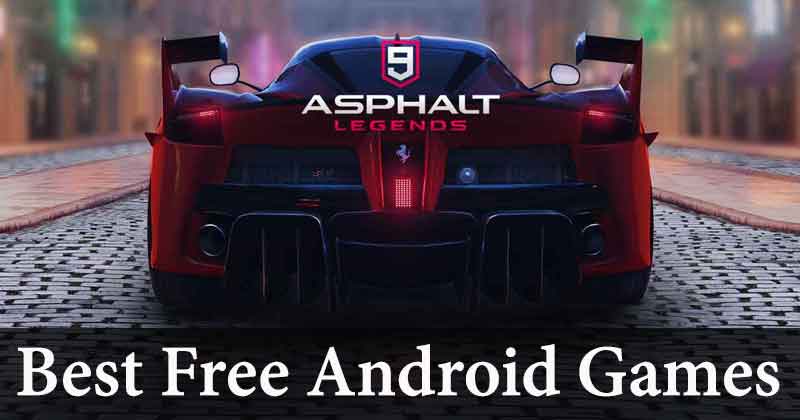 In this contemporary era, no one can get bored. Now, there are numerous activities in which human beings can involve themselves. If you are a game lover, so you just only need a good internet connection in your smartphones. As now, the Google Play Store is offering a plethora of free Android games of a different genre to the players.

Now, Android Game app Development Services are enchanting day by day. The Android Game Developers are putting their high efforts to improve the user experience and to deliver the real and virtual games with the enrich features to the customers.

Today in this blog, we have brought the best free Android games Apps for the players. These are the must-try Android games and the players can’t afford to miss them. As they are based on the addictive and fun characteristics.

Best Free Android Games  – Give it a Try!

The full form of PUBG is Player Unknown’s Battlegrounds. The PUBG is the most trending game and has turned as a favorite game of the youth. The release date of this game is 23 March 2017. It is the fifth best selling video game. It has been developed by the PUBG Corporation, Bluehole. This is an Online Multiplayer Battle Royale Game. The PUBG Game is a strategic game.

It is the most trending game of this century. The Android Game Pokemon Go is developed and Published by Niantic. In 2016, It was released in a few counties, but later it crossed its boundaries. The Android game Pokemon Go offers an opportunity to explore real-world locations. Through Pokemon Go, players can interact with real friends and play the strategic game. Hence, it offers a real and virtual world of the Pokemon. As the stage rise, the challenges also gets difficult.

This is base on the video game. The Vainglory video game has been published as well as developed by Super Evil Megacorp. Android Game has released on 16 November 2014. Additionally, Vainglory can be played by multiple players. This android is counted among the award-winning game.

The Mobile Game Development  Services has been based on the in-depth strategic and featured with precision controls, incredible graphics, and competitive game play parity.

It is the king of the Sports Game and counted among the best free Android Games, It offers various Online sports games on the Google play store. Need For Speed and Real Racing 3 are the part of the EA game. The EA game offers you the feel of the real sports. It has heavy freemium elements.

The Vikings: War of Clans Android Game is based on the MMO game strategy. Launching date of Vikings: War of Clans is December 10, 2015. It has various interesting features. In this game, players have to save their region and village from the attackers. They have the best equipment which is made up of the latest tools and technologies. During the fight, the warriors are upgraded to save the village from the loot. The genres in the game have been included – Strategy video game, Massively multiplayer online game. It is known as a fun and crazy game, as well as an addictive game.

It is an Online Video Game. The Fortnite is developed by Epic Games. This game has been available in the three distinct model versions. The best Android game has been designed in a beautiful Scene.

In this blog, we have mentioned all the Android Games which are free and the game lover should give a try. Don’t miss any game among them as they have designed in a unique way and offers a unique experience. Kill your time by, Download Free Game Apps in your Android Mobile phones