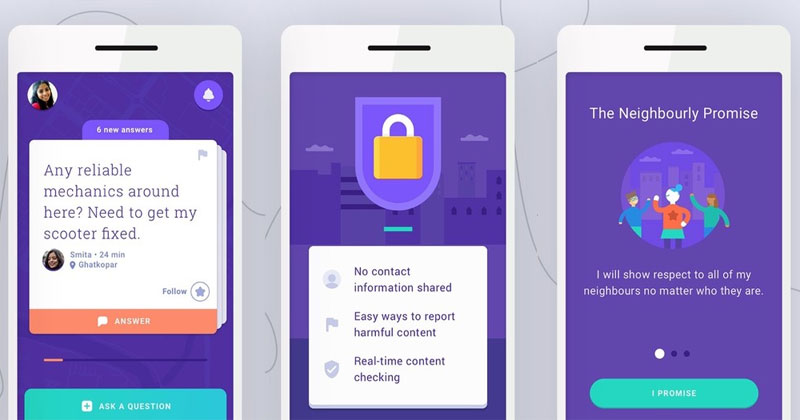 Google is rolling out a new app in India, called Neighbourly, which helps people receive local query information. The app is popular in some areas of Mumbai, Jaipur, Kochi. The Neighbourly app has received more than 1.5 downloads.

The app will first in Delhi and Bangalore. According to ‘Next Billion Users’ manager Ben Fohner, Neighbourly’s core is humans. He said that the entire process of building this app from conceptualisation and analysis to testing, launch and expansion was India focused.

The app can help you get information about neighbour people, services, location etc. Once you download and log in, allowed to neighbourly identify your location, you can ask ques and ans from people in your area. It support English, Hindi and eight other Indian language.

“But looking beyond [India] obviously this need exists everywhere and our hope is that we can take what we’ve learned from building ‘Neighbourly’ here and expand that to other countries as well. [But] it is not something we are doing immediately,”

For example, when one people in my area asked where they could find cold coffee/veggies/biryani, you can follow your questions to receive notification when they answered.

How to Recover Deleted Photos from SD Card