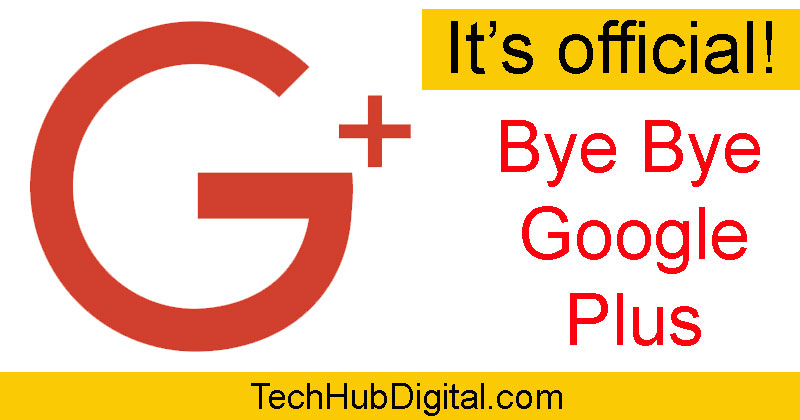 In a not so shocking revealing news, Google has announced the permanent closure of its own social media platform Google plus. It was very much obvious that the low traffic social media website will be shutdown soon. However, Google has listed a few reasons which are quite unbelievable as they quoted it was hard to manage the website. Last year, more than 50,000 people’s data leak case was observed by a Google plus security hole.

Important data was stolen by third party apps as per reports. Same kind of issue was encountered few months back, which wasn’t highlighted as much the previous one. Google tried really hard to compete facebook and other popular social media websites, but Google plus could never took off. After shutting down the much popular Orkut few years back, google had high hopes from Google plus.

Google Plus Shut Down Date

It won’t be possible to create a new account or add photos and other things on google plus from tomorrow. Hence it is advised to all techhub digital users to download all the important stuff from google plus as soon as possible. Google plus will be completely shut down on April 2. All the accounts will be automatically deleted along with the posts made by users as the website will no longer be accessible. However, Google is asking its users to download all the data, which is really an appreciated gesture by the giant. Not to be confused, only google plus accounts will be deleted.

One can access his gmail, youtube and other google accounts normally. Well, it’s really a tough call for google but they haven’t observed the kind of success they expected from Google plus. People hardly used google plus and no notable traffic was seen ever on the social media platform. Google has surely got a lot to think if they want their supremacy in social media. It won’t be a surprise if they come up with some improved platform to rule the internet.